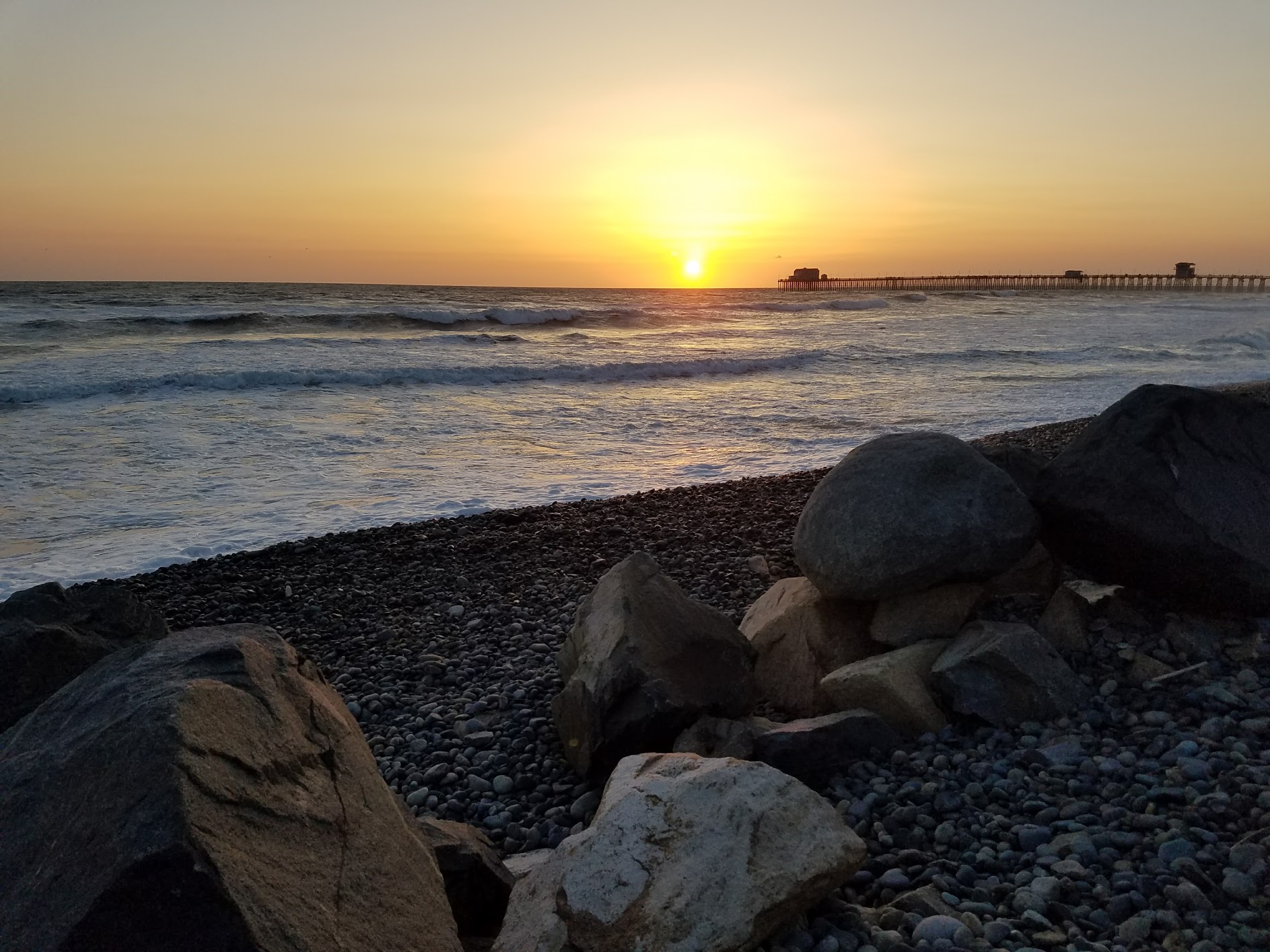 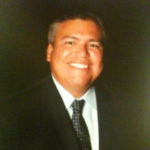 Though irrational technology appears strange to the modern mind, it did not appear extraordinary to the Greeks who coined the original term. The Greeks believed that all crafts were invented in heaven and taught to men by gods. The word techne carried overtones that were partly theological and partly magical in origin. Greek mythology is full of accounts of automatons that worked on their own accord and were displayed in temples, where their movements were regarded as proof of the god’s presence.

Innovation is about talent; it seeks radical game changing steps in thinking, technology, education, infrastructure, services and processes in preparing the workforce for knowledge-intense competition. As a process, it will typically ignore brain-limiting information in order to conceive, develop and then test new concepts in order to deliver breakthroughs on tough problems. Innovation is looked on as a leap into the unproven or an increase in perceived risk; without risk there are no game changing discoveries, or a paradigm shift.

There are many innovation models that are tailored to each specific organization and management style. For the most part, I consider most government and commercial innovation models to be conservative, seeking incremental improvements and not embracing risk, speed, collaboration and cost-sharing.

I would like to share some innovation lessons learned in the school of “hard knocks” in the Department of Defense (DoD) and the Intelligence Community (IC), followed by my commercial industry experience. First, the conditions for successful innovation must be established.

I was once praised by a leader at an IC Agency for my program management skills and was asked if I could make recommendations for improvement. The agency had four key mission areas, but I was only funding solutions and 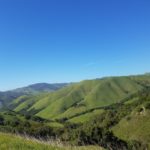 responsible for one mission area, while three other groups were also working in a vacuum. I explained that solutions for my one silo could also enable other priority areas; and that there is no such thing as a narrow focus solution. I suggested implementing horizontal-integration by establishing an innovation office reporting to the highest level of the agency, collaborating and cost-sharing in addressing all innovation priorities, and I volunteered my program funding to start the program. The suggestion was extremely well received and I was asked how to move forward. I informed the senior executive that “I come with conditions,” which are listed below:

This group was successful for three years, until my retirement after 30 years in DoD/IC. Here are some metrics of the program: for every government dollar invested, it leveraged two from other agencies, while simultaneously leveraging $20 from venture capital. We developed a process that was lean and fast, with a focus on minimizing risks, saving lives, and defeating adversaries. We started with a problem set (revolutionary: specifics of the deliverable not known), versus the traditional DoD/IC requirement (evolutionary: deliverable known).

Annually, during a two-week period we exercised interim solutions in experimentation to validate product claims, and also conducted ad-hoc experiments to identify boundaries, determine where it failed, and achieve interoperability with other DoD/IC systems to enable the warfighter. The interim capabilities that proved successful were deployed for six weeks for operational use overseas. The ones that achieved positive operational mission impact were added to the requirements list for actual funding and transition to operational use. SPEED to operational use was essential. Our goal was to beat the “Al Qaeda acquisition cycle,” once a capability is commercially available, it is too late, because it is also available to our adversaries.

Our key intelligence focus was “left of the boom.” Basically anticipatory by design, in order to prevent any surprises by adversaries. A secondary objective was to accelerate the full process of transitioning capabilities to operational use, without all the dysfunctionality of conventional methods, in order to deliver critical capabilities to decision makers before such capabilities became available to our adversaries. Our team of proven leaders had “fire-in-the-belly,” were lethal, agile, expeditionary, versatile, and willing to take risks. We assumed that through legal or illegal means, everyone had access to the same data. Here is my number one lesson learned: We are in a knowledge-intense completion era, whoever connects the dots, creates knowledge, and achieves a decision cycle faster than the adversary wins!

In retrospect, there was one key condition that I forgot to request. Innovation requires an established and properly funded program of record (budget). Most of the financial resources that I applied to innovation were funds that were taken from other programs. You know what happens when you “steal” funds from program managers . . . they still waved at me down the hall, but often with fewer fingers. It is critical that all innovation programs establish metrics in order to provide a rational justification of need to bean counters (CFO). If you do not have a well-funded program, you will practice innovation at your own personal risk.

In 2012, I transitioned to commercial industry, and established Zeus Direct, to symbolize the God of all Gods. Businesses would come direct to Zeus to crush the bureaucracy. My objective was to “own my soul.” By that I mean the following: work on meaningful projects, with enthusiastic people, seeking to have positive mission impact for our nation, and make it financially rewarding. Very honorable and very naïve indeed. When I was a government program manager I had many people salivating around me, as if they were dogs and I had a big pork chop hanging from my neck. 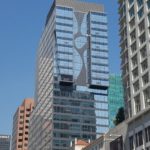 Once I retired, 90% of those people disappeared. For the past five years I have served as an advisor consultant for commercial companies and at one time I advised the office of the Assistant Secretary of the Army for Acquisitions Logistics and Technology ASA(ALT) on a new innovation process to validate that investments are rationally placed in alignment to requirements. My clients represent the following fields: security and analysis. I help them navigate the complexity and velocity of change, since we are expected to experience over the next seven years the amount of technological change we experienced in the last 20 years.

The benefit of the consulting model is that it offers the freedom I was looking for. I have used my experience to develop a new innovation model that will give me the same freedom and have partnered with Proactive Risk Management (PARM) to achieve greater mission impact.

Zeus’ is developing a technology portfolio for PARM and a new innovation model that places emphasis on intelligence tradecraft. We have the tenacity to crush obstacles in the transition of mission critical capabilities for high stakes environments and our talented field personnel keep businesses safe.  The key steps are as follows:

Under this model, Zeus in collaboration with the NASA Ames Technology Transition Office, has licensed heartbeat biometric IP, a technology developed by the government. The former NASA Ames Chief Scientist and inventor is developing a MVP, and I have identified a commercial and government client ready to adopt the capability. The first problem set being addressed by this capability is: eliminate the need to enter user id and password to access a network. This capability additionally has many medical applications, such as patient monitoring. The product is under development and DoD/IC will test it during the second quarter of CY-2017.  Yes, NASA technology is available as part of their licensing program.  Using NASA inventions you could create new products or launch a new company.

In partnership with PARM, we have found in the commercial sector that regulated industries, such as financial markets, break their operations into three main categories: Policy, Process (technology/data), and People. Policy and Process are well understood, but people are not. For that reason, PARM exploits that weakness, which is our priority, as follows. First, we understand and describe the problem:

“Cheaper and more powerful computing devices, the explosive growth of social computing applications, and ubiquitous wireless communication have profoundly changed the needs of analysts. Big data presents many problems; and analytic tools need to transform from data-centric to human-centric to aid the analyst.”

If you notice, it is not about a specific technology, since they are only enablers and they come and go, but our emphasis is on data and people.

In order to develop a solution, PARM has partnered with Dr. David Matsumoto, a world-renowned psychologist, who has automated “behavior intent models”. These models examined the relationship between specific types of emotional sentiments and political aggression and violence, as well as veracity vs. deception. Source materials span decades and include a wide variety of countries, cultures, languages, and geographic locations. We identified the specific emotional sentiments and attitudes that escalate to aggression and violence, across cultures and languages, and the specific linguistic and grammatical markers of deception across languages. These models are the solution to may difficult problems, such as analyzing criminal cases, speeches by political leaders, insider threats, among many others and they will be transitioned to operational use shortly.

May the lessons shared in this article pique the interest and pleasure of the reader.  Everyone plays a role in innovation and needs to embrace the velocity and complexities of the changes coming, or they will become victims.  PARM seeks to address the most difficult security problems of humanity with technology, tradecraft, and services and desires to work with enthusiastic and very forward-leaning organizations.