From Joliette to Los Angeles (L.A.)

On the 30th floor of a condo in downtown Los Angeles, Gina Savoie has a breathtaking view of the city of angels, incarnation of the American Dream. Her mind’s eye views the long road traveled, and the thousand and one experiences it took to get to where she is, and on the vast world which, today, is her playground. 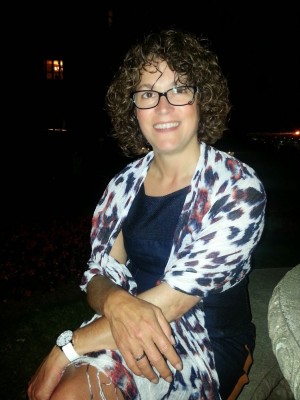 “Throughout my youth I did not see spending my life in Joliette, but I did not know what I wanted to do. But I never thought I would find myself in Los Angeles managing a company”. The former student of the Seminaire de Joliette, where Benoit Grenier also studied, would have even less imagined, 30 years later, that “their lives would come together professionally and personally.”

One thing is certain: Gina is a workaholic who rises to a challenge. “I always saw my mother working to support the family” says Gina, whose father died in a work related accident when she was barely 3 months old. “She is a working girl, determined and so curious about everything”, says Benoit.  In her High School Year Book a student even wrote that Gina was always contradicting the teachers. In fact it was more accurately “asking questions of the teachers so she understood completely including the why. She was never satisfied with the first answer”, explains Benoit. She finds the principles outlined in The CEO’s Secret Weapon compelling and tries to follow them. “I love to learn, it is surely one of my reasons for living. I have so many things to see and to learn and understand. I am interested in everything. This may explain my success to date”, says Gina.

Bold and “Jack of all trades”

Gina started working when she was 18 in a clothing store where she rapidly rose to be the manager. “I accepted the position even though it required someone who was bilingual. I set out to become functionally bilingual as soon as possible”, she says. Louise Giroux, one of Gina’s friends, recalls her as being a demanding boss who wanted her employees to work hard and who was careful to keep the books in order. “She managed the store like a mature 40 year old woman”, stresses Louise who was a part time employee while she studied accounting at college. Louise is now the owner of a travel agency on the South Shore of Montreal and has maintained strong ties to Gina. “You do not often meet an 18 year old who knows where they are going, whose has clear ideas and who is ‘grounded’. This is a thoughtful person, who always thinks about the consequences of her actions and is always ready to move ahead.  She is oriented towards others, the complete opposite of someone who is only concerned about herself”, says Louise who recently spent several days on vacation with Gina in Las Vegas. “We see less of each other since she started living in Los Angeles but she always drops by the agency when she is in Quebec.  And there is always Facebook to stay in contact”.

Gina worked for three years in clothing, shoe and accessory boutiques in Joliette, Victoriaville and Montreal before becoming a receptionist at Datacard Canada. The company, located in Saint Laurent, is a subsidiary of a large American company which issues the majority of the financial cards used throughout the world. “I knew nothing about this business but I found that it was both interesting and an area of future growth”. She stayed there for 12 years from 1986 to 1998 all the time rapidly climbing the ranks. “In the beginning I answered the telephone and entered data into the database”.  Her boss, a programmer, who found her to be efficient and constantly looking to do more, proposed that she translate internal documents and operations manuals. Once again she used the opportunity to improve her English. After her 1 ½ hour commute between Montreal and her home town “An English person in Joliette would give me lessons at night”, remembers Gina.

After several months as a receptionist she was promoted to office coordinator and then Director of Sales and Service for Eastern Canada.  In 1998 as a result of the company restructuring she had to say goodbye.  “I was offered a position in the head office in Minnesota but I had just given birth to my daughter and I did not feel ready to move” explains Gina who also had a three year old son. Because of her bilingualism and her management experience she found a job at Sany, a Joliette company specializing in the manufacturing of sanitary products and the maintenance of equipment. She started as an assistant buyer and several months later was promoted to buyer.  She stayed there two years.

In 2000 she seized the opportunity to join JSP, a manufacturer of high end furniture for the hotel industry situated in Sainte Melanie, as secretary to the president and founder Jacques Perreault. “Gina was not a clock watcher.  Each day she would finish whatever needed to be done.  She is a very resourceful woman.  She was my right hand”, argues Mr. Perreault, stressing that she succeeded in effectively accomplishing her job while at the same time being a single mother with two young children.

Over the 10 years that she held the position her roles and responsibilities increased year by year. “I touched everything except the supply chain”. She was involved in billing, calls for tenders, transportation logistics and maintaining relations with both commercial representatives and customers.  All with honesty and integrity. “If a delivery was going to be late she told the truth to the customer and then did her best to ensure that the customer ended up satisfied. She always returned calls as soon as possible making sure that caller did not have to wait days”, remembers Mr. Perreault. He also remembers her phenomenal memory for names and her ability to recognize someone on the telephone just by their voice. This helped her maintain good personal relations with both customers and employees. “She has a lot of interpersonal skills, and was always in a good mood and smiling at the world,” he says.

Her bilingualism was also an asset. “This helped us a lot because we do a lot of business with companies in the United States”, says Mr. Perreault who felt a great loss when Gina left in the fall of 2010. “Several people have taken her place since she left but it has been difficult to find someone as competent. But I am happy for her”, says Mr. Perreault who Gina visits when she returns. “I learned a lot in those 10 years.  The work atmosphere was amazing and I was treated as if I was one of the family”. Gina could not however hope to climb any higher in this family business founded almost 50 years ago and today led by the three children of Jacques Perreault.

However fate was again to intervene and guide her to a new challenge. A fortuitous meeting with Benoit Grenier, whom she had known in both elementary and high school in Joliette, led to her joining his company which specializes in risk management. “I needed someone to support the development of the enterprise and who spoke English” says Benoit. Even though Gina and Benoit did not socialize in the same groups while in elementary and high school he did know that she was a woman “packed with talent and who always wanted to understand things completely”, he says emphasizing that Gina met the basic criteria for working in the business, rigor and execution! “Gina will not recklessly address issues that could put them at risk. She understand that by observing and analysing the risks she can redouble her efforts to achieve her purposes”, notes Claude Hotte, management consultant who directs Gestion-Conseil CGH.

Gina has made strides to familiarize herself with her new professional field. “If I had not been told that she had no previous experience in the field I would never had thought it possible. She has wide ranging knowledge’, confirms Chris Hubbard, lawyer and partner in McCarthy Tetrault of Toronto, who worked with Gina on a project for a large Canadian retailer.

To further advance her abilities, Gina benefited from the advice of Claude Hotte in his role as private coach. Together they worked to refine her organizational skills (time management, project planning) while at the same time further developing her leadership skills. “Part is instinctual but another part is learned” explains Mr. Hotte, stating that Gina “has the rare essential qualifications, to succeed not only in the business world, but also in life”.  She is a good listener. She prefers to understand rather than rush to judgement and has the ability to put her ego to the side. “She is always looking for solutions that are wins for both parties”, argues Mr. Hotte. While participating in a difficult meeting with Gina he watched her “use her creativity to develop a solution which managed to diffuse the rising tensions between the parties involved”. 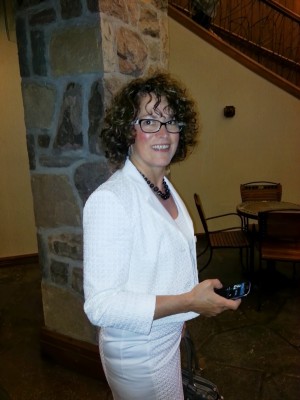 Gina has also used the academic world to further advance her management skills. In January of 2015 she enrolled in an Executive Program at the Anderson School Of Management  in the commerce school of The University of California, Las Angeles (UCLA) which she has since successfully completed. “It is a difficult program and she succeeded by putting in the required time and effort”, says Chris Hubbard who supported her nomination to this prestigious university. Today “she is capable of carrying on intelligent conversations with the presidents of corporations, and specialists in finance or marketing”, notes Claude Hotte who continued to advise and support her during her studies.