Gina Savoie and Benoit Grenier, this is a story of an improbable meeting between two people who become a dynamic duo! She, introverted, intuitive, artistic, a rebel rocker, dressed in black and wearing Dockers shoes, who lived in a modest house in the center of Joliette. He, extroverted, structured, intellectual, nerdy, who grew up in the upscale neighborhood of Christ Roi. They went to the same elementary and high schools and so knew each other but never became friends. “I was the rebel, who was not going to approach others on my own accord, even if I was a sociable” she says. “Everyone knew us but we were not part of the same ‘gang’” recalls Benoit. 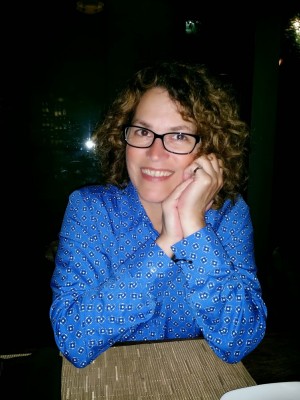 Then one cold morning in March of 2010 they met again by chance at 05:00 in the morning, in of all places, the convenience store in the small village of Sainte Melanie. Even though they had both lived there for a few years their paths had never crossed, not even in the grocery store or the local bank. Unfortunately the meeting took place under a cloud of sadness.  “I had come from the Montreal Heart Institute where my mother was dying” says Gina.   Benoit had also suffered the loss of his mother, barely a week earlier. “We met in an atmosphere of great intimacy, grief and sadness” remembers Benoit who reached out to offer Gina a cup of coffee.

This fortuitous meeting proved to be the beginning of first a professional relationship and then later a romantic one. “I needed someone to give me a boost, on an ad hoc basis, to create databases and draft texts and technical data sheets”, explains Benoit who came quickly to offering Gina a full time job. The small company, employing just two persons, wanted to add to its activities a new niche: incident management for retailers. “I knew nothing of this type of work and I had no idea what I was getting into” recalls Gina. Nevertheless she decided, even after being there 10 years, to leave her position as Executive Assistant to the president of a company that manufactured hotel furniture and take on the challenge she had been offered. At worst she thought, if it did not work out, she would do what she had always done, find another job. 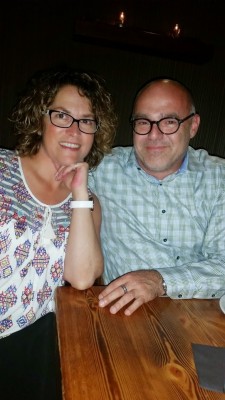 Her decision proved to be the right one. “She has put in a lot of time and effort. She worked 60 hours a week and brought the same effort to the work at home in the evenings”, says Benoit. He remembers amongst others, a crisis where a major customer of the company had mistakenly double charged its clients debit cards for purchases for a whole day.  In less than 24 hours, and after working through the night, Gina managed to put together a team of 25 customer service agents to repair the damage. A situation which demonstrated “her self-confidence and her ability to solve problems” says Benoit.

Claude Hotte, a management consultant, who directs Gestion-Conseil CGH, and who has coached Gina for the last several years, echoes Benoit’s Comments. “Gina is not afraid to impose herself and does it without appearing arrogant. She is extremely motivated and always strives to do her best”. Claude asserts moreover that Gina and Benoit perfectly complement each other and thus form a team to be reckoned with.  “Benoit is the quintessential salesman and a superb negotiator.  Gina has a more analytical approach which leads to taking calculated risks. But these are partners who know how to challenge each other and in doing so reduce the difficulties and risk of failure”.